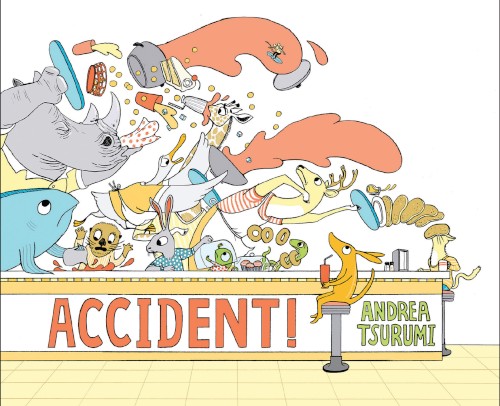 Racked with guilt after spilling juice on an upholstered chair, an armadillo named Lola flees to the library. But, as Tsurumi's catastrophe-packed illustrations reveal, everyone makes mistakes. Pots overflow, rockets misfire, whales sail through windows faster than you can say "Calamity!" It's utter chaos and utterly fun. 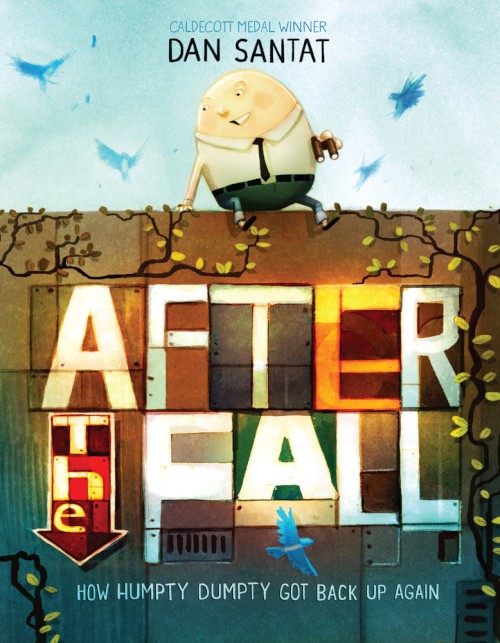 After the Fall: How Humpty Dumpty Got Back Up Again

Caldecott Medal winner Santat imagines the aftermath of Humpty Dumpty's most infamous moment, turning a nursery rhyme most children and adults know by heart into an unforgettable exploration of trauma, anxiety, and fear—one that builds to one of the most moving and rewarding endings of the year. 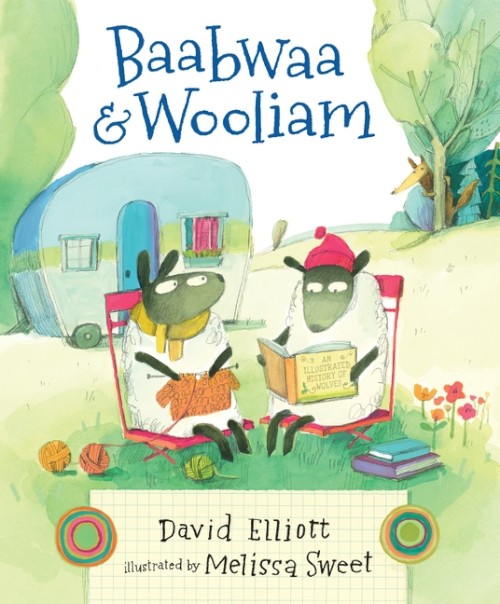 Baabwaa and Wooliam: A Tale of Literacy, Dental Hygiene, and Friendship

Two sheep, fond of reading and knitting, find more adventure than they bargained for when they meet a literal wolf in sheep's clothing. Elliott's dry-as-a-bone narration makes for delicious reading, and Sweet captures the awkward geniality of a blossoming cross-species friendship built on books and the occasional run-for-your-life chase. 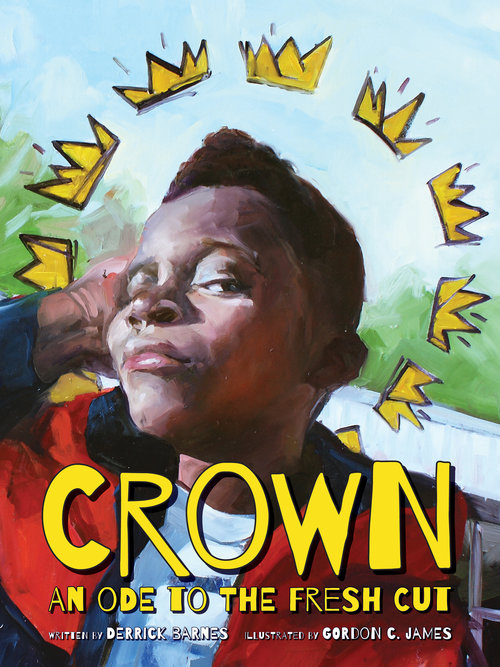 Crown: An Ode to the Fresh Cut

In a book as gorgeous as it is important, empowering text and lustrous portraits celebrate the ritual of the barbershop haircut: how good that fade or shape-up can make a person feel, and how, for many boys with black or brown skin, it's a chance to be treated like a king in a world that too often views them with suspicion or contempt. 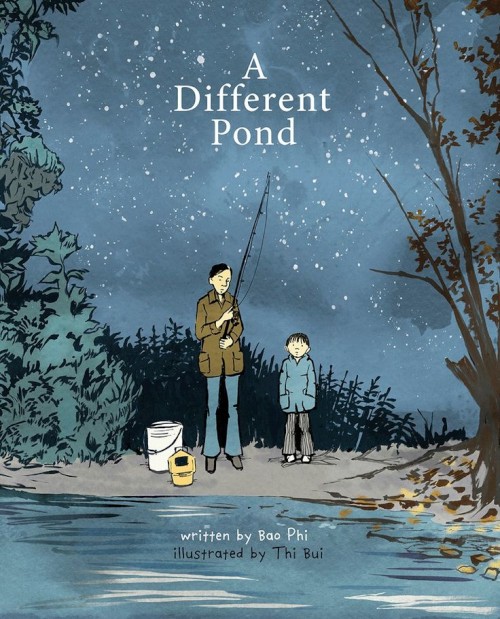 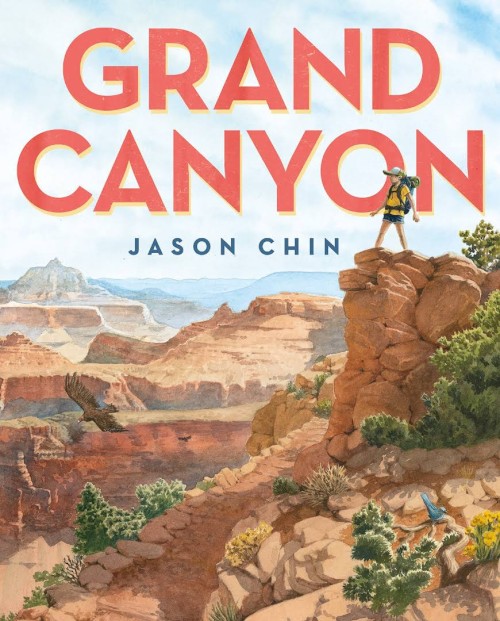 Children can accompany a girl and her father on a trek through the Grand Canyon in Chin's meticulously illustrated picture book. The journey covers several miles and more than a billion years: the girl is magically transported to various points in the region's vast history as Chin takes readers through the layers of the canyon's past. 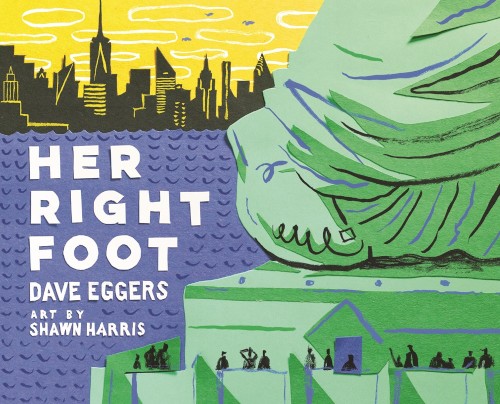 The Statue of Liberty's torch and crown get plenty of attention. Eggers is more interested in the fact that her right foot is raised: "That's right! She is going somewhere! She is on the move!" The point, more crucial than ever, is that freedom isn't static or automatic—it requires effort, action, and forward momentum. 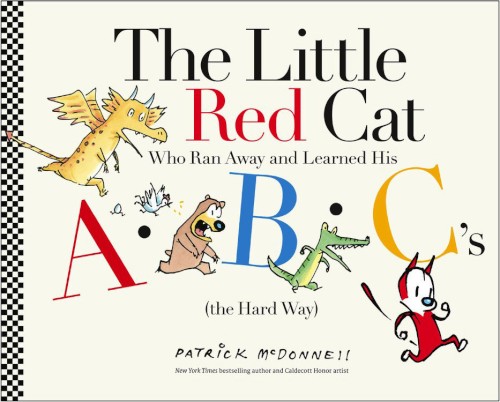 It's an alphabet book, it's a guessing game, it's a wild goose chase! (Minus the goose.) Using the letters of the alphabet as his only text, McDonnell sends the eponymous cat on a misadventure, in which it's set upon by an alligator (for a), bear (for b), and other creatures in a whirlwind escapade that leads up to—what else?—Zzzzzzzzzzz. 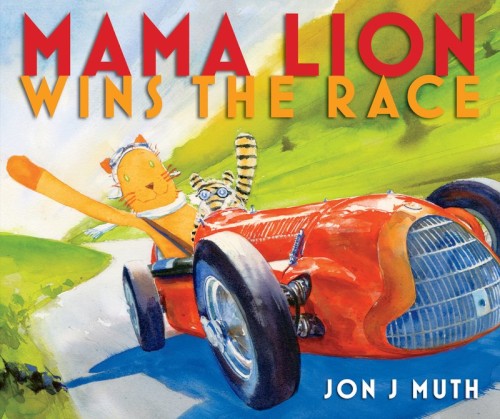 Leave it to the creator of Zen Shorts and its sequels to transform a twisty-turny road race into a contemplation of kindness, good sportsmanship, and what winning truly looks like. Even so, Muth doesn't skimp on automotive action, and readers will love following his animal characters' retro racers through the lushly painted landscapes. 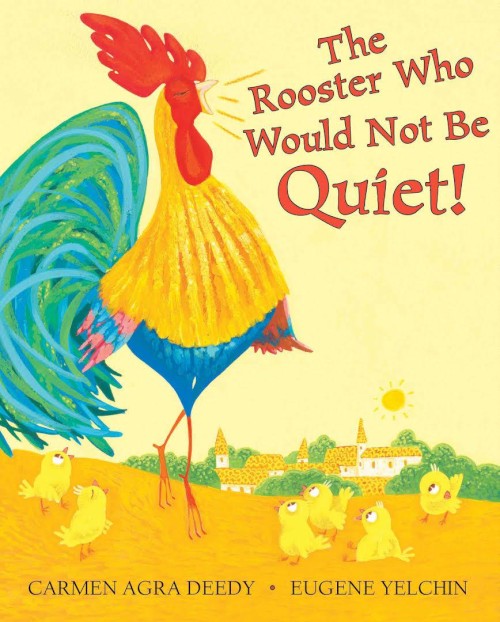 The Rooster Who Would Not Be Quiet!

After a mayor's rules turn a vibrant town into a silent place of fear and sadness, a rooster refuses to give in, and others soon join his cause. Available in English and bilingual Spanish-English editions, Deedy and Yelchin's allegory vividly illustrates the power of using one's voice to stand up to oppression. 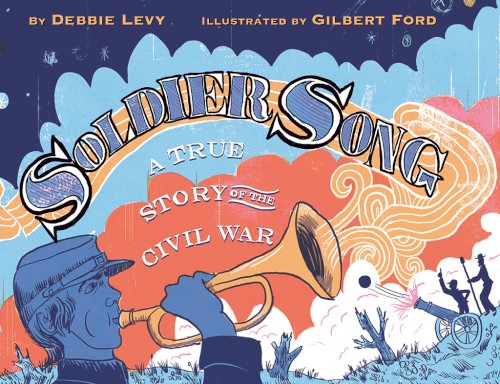 Soldier Song: A True Story of the Civil War

Levy and Ford thoughtfully explore the role of music during the U.S. Civil War, including how it was used to inspire, unify, and divide. "Whether Billy Yank or Johnny Reb, the soldiers heard the same bugle calls, fife melodies, and drumbeats," Levy writes. "After all, just the year before, they had all been part of one, united country." 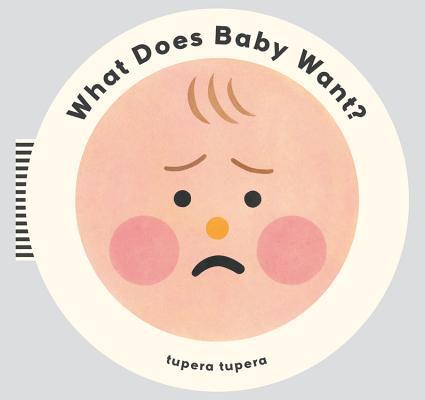 What Does Baby Want?

A baby's head fills the circular pages of this board book, and the baby is not happy. When its mother realizes what her child is after—it's time for breastfeeding—the genius of the book's design is revealed (among other things). Breastfeeding in public remains a touchy subject and children's books can be skittish around nudity, but neither is an issue for this smart, defiant book. 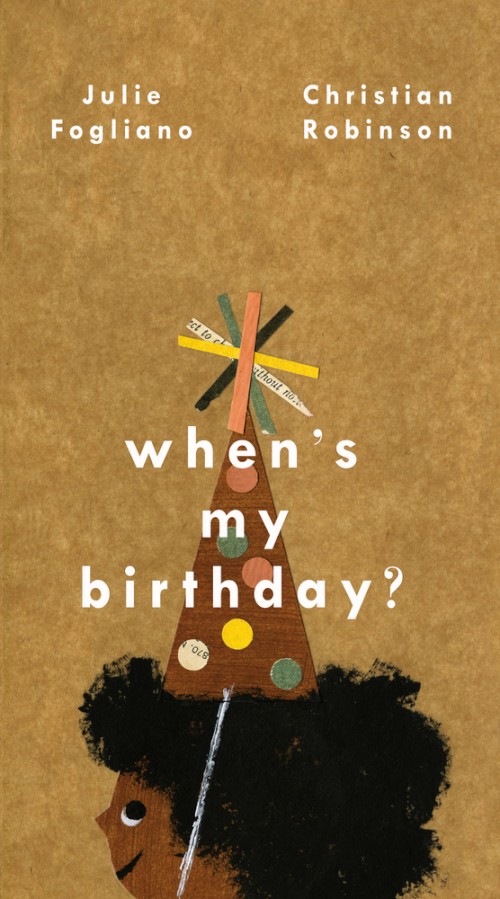 Birthdays are generally jubilant affairs in the life of a child, and this poetic tribute fits the occasion to a T, powered by a child's wishes and questions ("will it never be my birthday?/ is it almost happy birthday?/ happy day to me and me?") and by Robinson's bold, childlike collages. 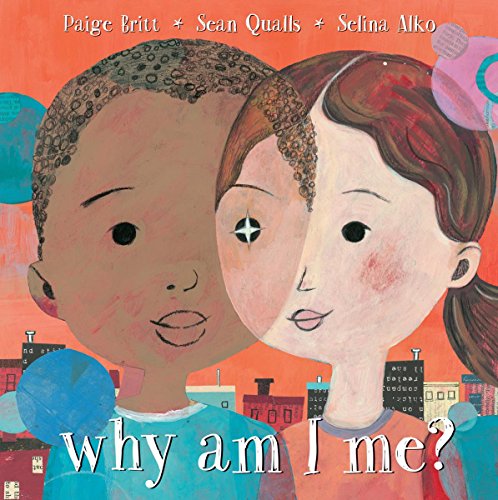 Deceptively simple questions of identity course through Britt's contemplative offering. "If I were someone else, who would I be?" wonders a child who makes his way through Qualls and Alko's diverse cityscape; like Britt's poem, their images tease out the connections between individuality and community. 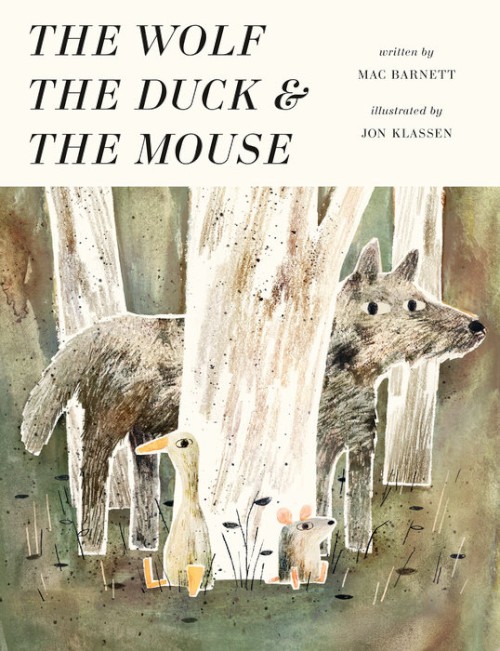 The Wolf, the Duck, and the Mouse

"I may have been swallowed, but I have no intention of being eaten," declares a duck who has set up (a rather nice) residence in the belly of a wolf, where a mouse has recently arrived. Like previous Barnett-Klassen collaborations, this is a witty story with real philosophical heft: when the theoretical worst has happened, what do you do next? 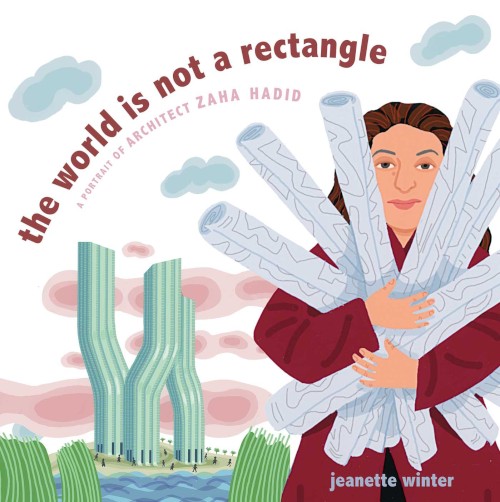 The World Is Not a Rectangle: A Portrait of Architect Zaha Hadid

Winter traces the life of Zaha Hadid in this elegantly illustrated biography, which highlights the architect's perseverance in an industry dominated by men and the inspiration she took from nature to create daring and unconventional towers, stadiums, and other structures around the globe. 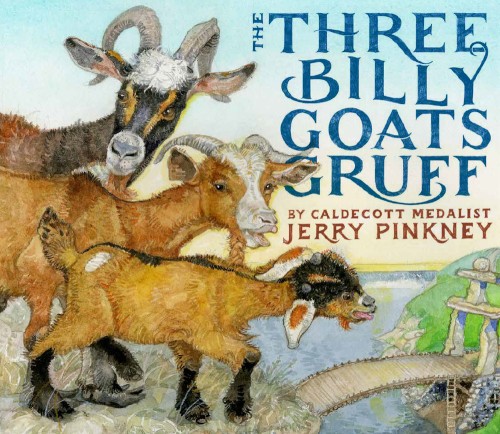 Time and again, Pinkney has demonstrated his skill for shedding fresh emotional light on familiar stories and fables. His reinterpretation of this tale of hungry goats and an ill-tempered troll is no different, trading the typical revenge-driven ending for one that allows for grace, forgiveness, and the possibility of change.