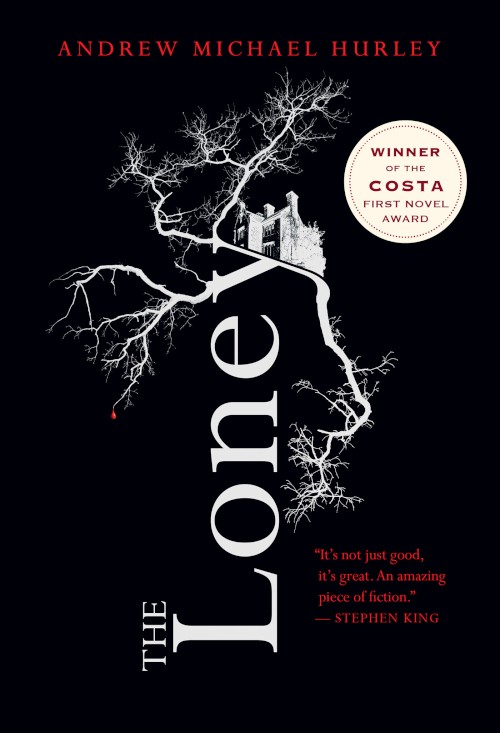 I've long been a fan of Tartarus Press, a small specialty publisher in the U.K. known for its high quality supernatural fiction. The Tartarus edition of The Loney, a first novel, received limited distribution in the U.S., but garnered praise from the likes of Stephen King ("It's not just good, it's great. An amazing piece of fiction"). Now a major American house is making this novel widely available. I'm curious to see what the excitement's about. —Peter Cannon, senior reviews editor 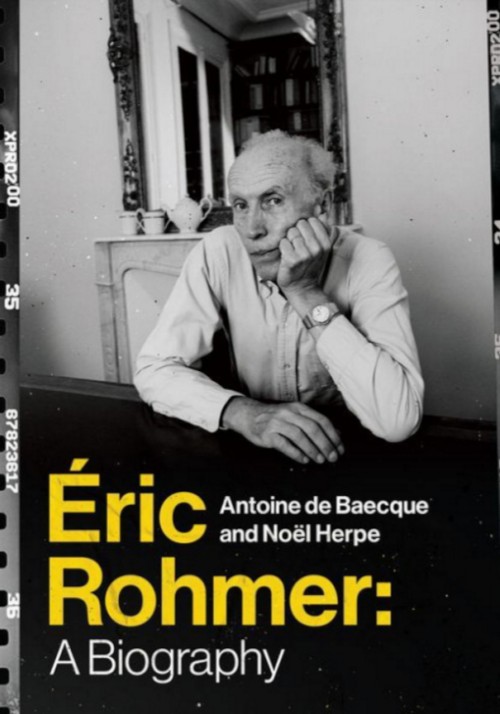 The book I'm most looking forward to is one concerning a different kind of summer movie than we've become used to: the movies of Éric Rohmer. Though Rohmer filmed stories about spies, wars, and knights in shining armor, his work is mostly just about men, women, and conversation. I've been meaning to better acquaint myself with his light, unmistakably French movies, and this 600 page–plus biography seems like just the way to do it. —Everett Jones, reviews editor 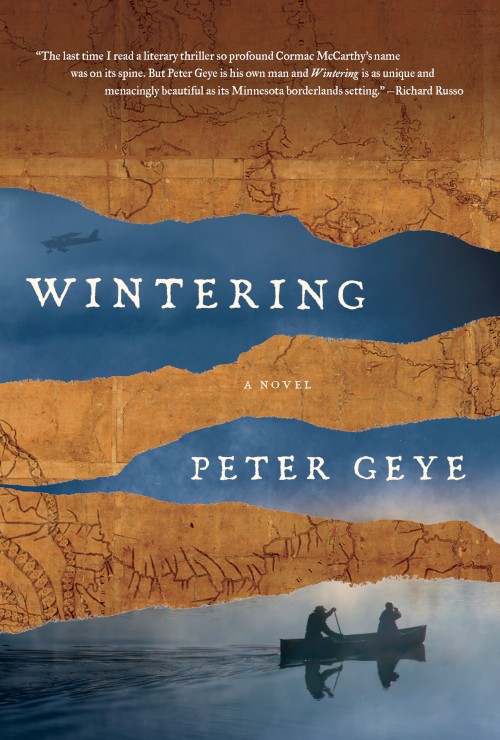 I am reading this sequel to The Lighthouse Road right now and loving it for so many reasons. It's set in the wilds of northern Minnesota, and there is such a strong sense of place—and the impact of the isolation and ruggedness of this beautiful locale upon its characters, some of whom I met in The Lighthouse Road. I live in northern Minnesota and Geye's portrait of what it must have been like here for an earlier generation of inhabitants—and still is, for residents in some parts of the region—is spot on. The story moves along quietly, but packs a huge emotional punch. I've been reading Geye since his debut, Safe from the Sea, and he's blowing me away yet again. —Claire Kirch, senior correspondent/Midwest 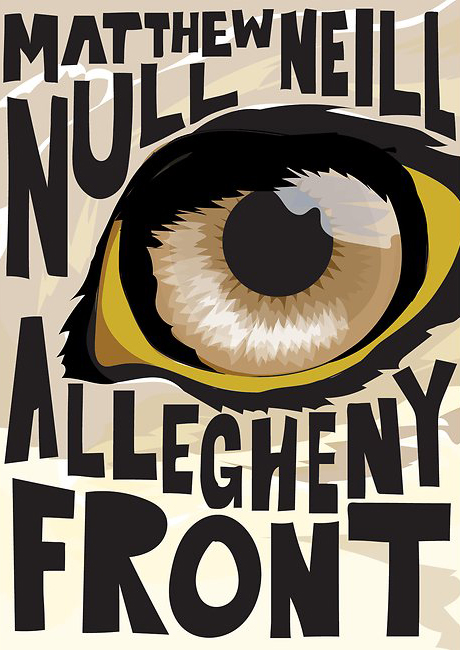 The American West may be our biggest national mythmaker, but for my money, the dark hollows and craggy mountainsides of old Appalachia are equally fascinating—and much eerier. West Virginia native Null's debut collection of short fiction sticks to the Allegheny region, chronicling more than 200 years of history and the comings and goings of humans and wildlife in a wilderness soon to be lost to mining, fracking, and the choke of burning coal. —John Maher, assistant news editor 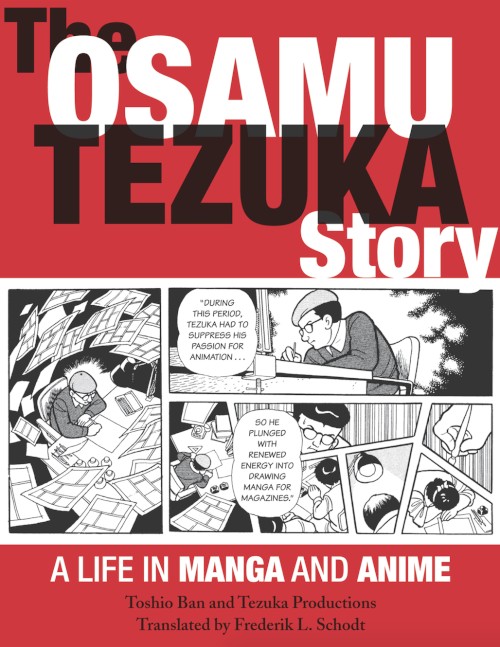 The Osamu Tezuka Story: A Life in Manga and Anime

Tezuka, creator of Astro Boy, is the Disney of Japan, an innovator of titanic influence, whose work manages to be cutesy, brutal, adventurous, and transcendent all at once. This 900-page manga-style biography by one of his assistants is officially sanctioned, so don't expect juicy revelations. Instead, it explores the postwar world that formed his work, and the restless, questioning spirit that led to books like his tragically uncompleted masterpiece, Phoenix. —Heidi MacDonald, comics reviews editor 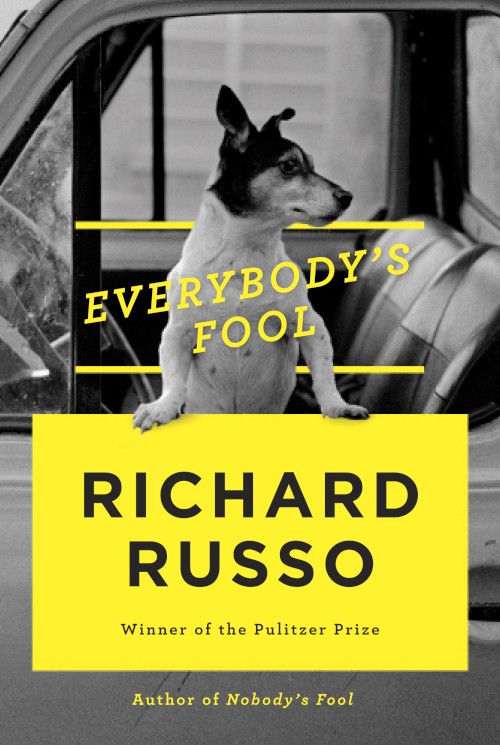 Russo's ability to capture the humanity and humor of small-town life is what continues to draw me to his work. Getting to hang out again with the characters from Nobody's Fool, published over two decades ago and turned into a memorable film starring Paul Newman as Donald "Sully" Sullivan, makes this novel my pick. But you don't need to have read the earlier book, also set in North Bath, N.Y., to appreciate the plot, which features Philip Seymour Hoffman's character, Douglas Raymer, now the chief of police. —Judith Rosen, senior bookselling editor 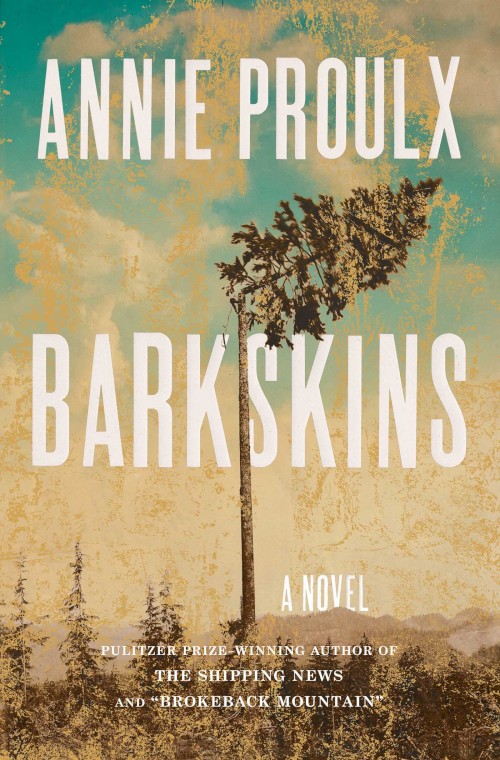 Richly evocative and at times brutally stark, Proulx's epic novel spans 300 years, beginning in New France (the area colonized by France in North America) in 1693. Told through three families of woodcutters in the Maritimes—the Duquets, the Sels, and members of the native Mi'kmaq tribe—this novel is Proulx's most ambitious. —Mark Rotella, senior editor 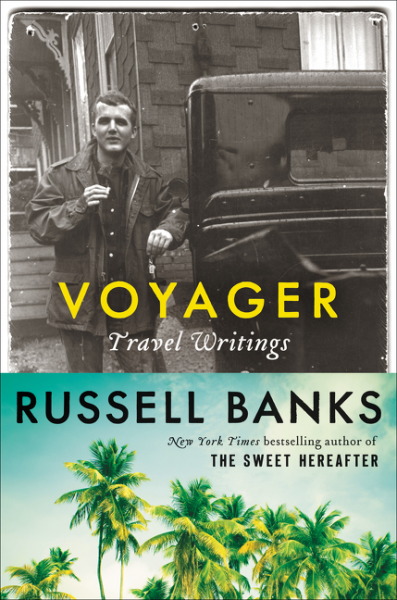 In this compilation, the novelist reflects on a career of traveling and writing, eventually uncovering that for him the two practices are inextricably intertwined. Each of the essays introduces a place by first grounding the location—the Everglades, the Caribbean, Scotland, Dakar—in a deep historicism, and then watching the flawed narrator stumble through. In the title essay, as Banks makes a whimsical spiral throughout the islands of the Caribbean while courting his fourth wife, secrets and long-hidden desires come bubbling to the surface. —Seth Satterlee, reviews editor 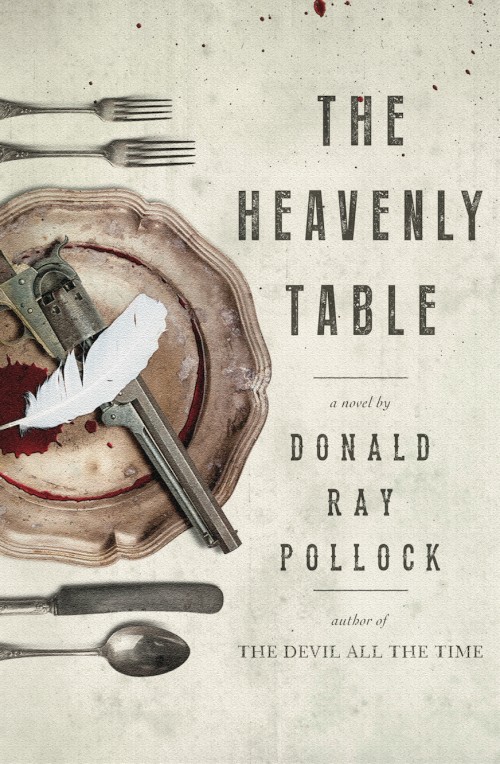 Was Deliverance a little too mellow for you? Give this a try. It's Pollock's third book, a psychotic terror ride through an early 20th century hillbilly hellscape that puts the family of a swindled, good-hearted farmer on a collision course with three brothers on a crime spree. If you've read Pollock's earlier stuff you'll have an idea of the kind of intense darkness he traffics in here. If not, well, buckle up. —Jonathan Segura, executive editor 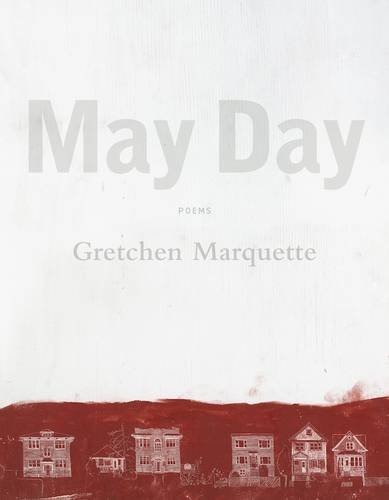 In this lovely, dark, haunted, and haunting debut poetry collection, Marquette's ragged, sometimes very long lines can seem to be careening out of control, except that their subjects—childhood memories of a brother and bracing visions of him on military deployment overseas; hungering, fragile love; the very nature of human experience—are so carefully handled, with such resolve and resignation. "It's hard to forget what you're built to remember," she writes; readers will remember this book. —Craig Morgan Teicher, director of digital operations 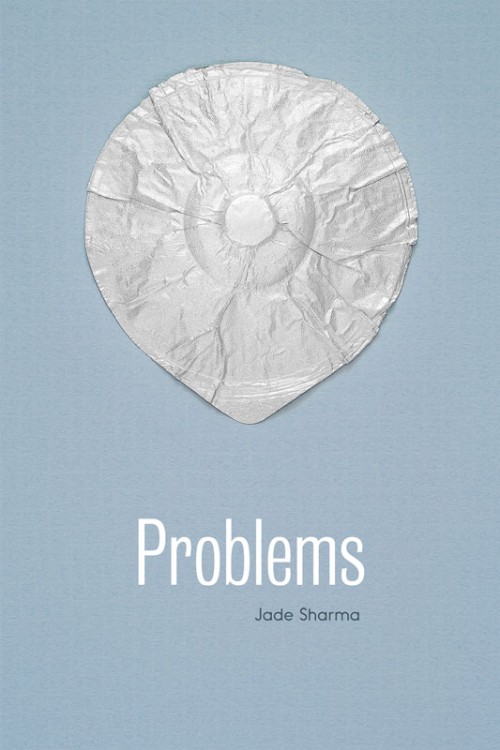 It's not the most reassuring feeling when the deputy reviews editor at work suggests you read a book with the title Problems. But that's how I came across Jade Sharma's debut novel, which plots the directionless world of Maya, a 31-year-old living with her husband in a windowless railroad apartment in New York City, as she spirals into a debilitating heroin addiction. Think Patrick Bateman circa 2016 except whip-smart and female. Maya's inner world is raw and repulsive, but astutely rendered by Sharma. The book is simultaneously hard to read and hard to put down. —Annie Coreno, reviews editor 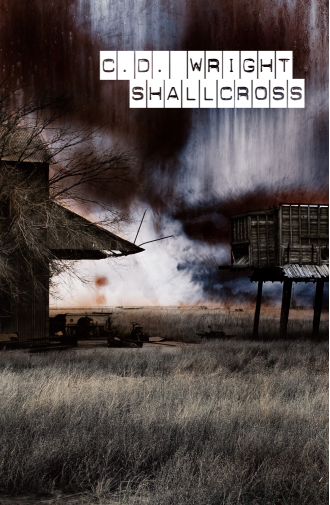 Wright (1949–2016), one of America's most lauded and revered contemporary poets, died unexpectedly in January, which will make this highly anticipated verse collection that much more heart-wrenching to read. Across five distinct movements she extracts form and language from that which, previously, seemed to have been unspeakable, featuring brief lyrics of quotidian scenes, a fractured distillation of crime reports, meditations on obscurity, and more. It's a triumph and a tragedy; she will be dearly missed. —Alex Crowley, reviews editor 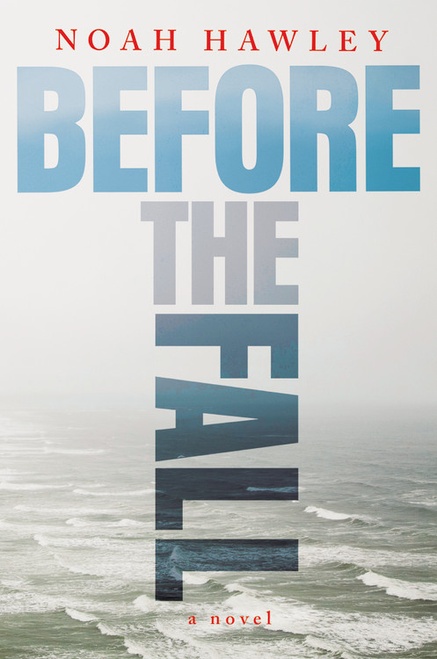 I never finished Hawley's 2012 novel, The Good Father, so I was skeptical when I heard various people in the industry raving about his latest. I'm not that far into Before the Fall, but the set-up does its job. A private plane leaving Martha's Vineyard goes down in the ocean and then the book moves back and forth in time, revealing the secrets of the dead passengers, as well as of the two survivors—a boy and a down-on-his-luck painter. Grand Central billed the book "the thriller to read in 2016"; if it keeps up like this, they might be right. —Rachel Deahl, news director 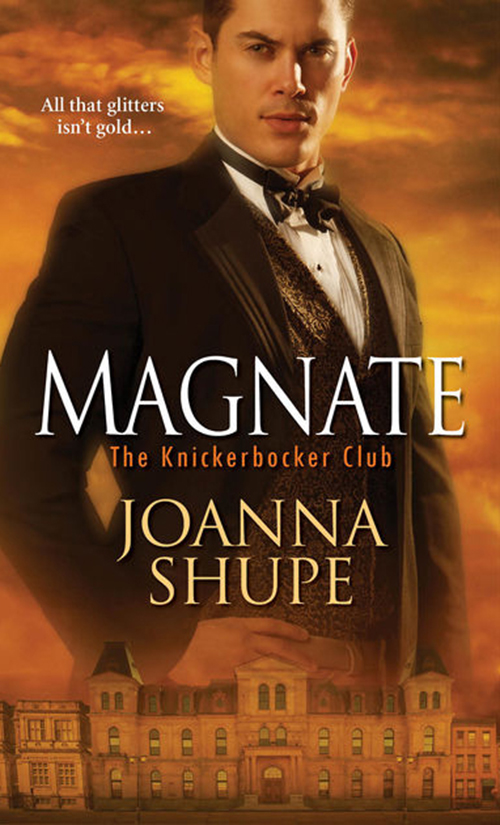 I fell in love with the heroine of Shupe's splendid Gilded Age New York romance. Lizzie Sloane is a math-minded society lady who wants to speculate on the stock market. She turns to the titular magnate for funds, and sparks fly. Lizzie's fierce determination, good sense, and directness made me wish I could join her for an afternoon of drinking tea and reading the stock ticker by the light of the gasoliers. —Rose Fox, senior reviews editor 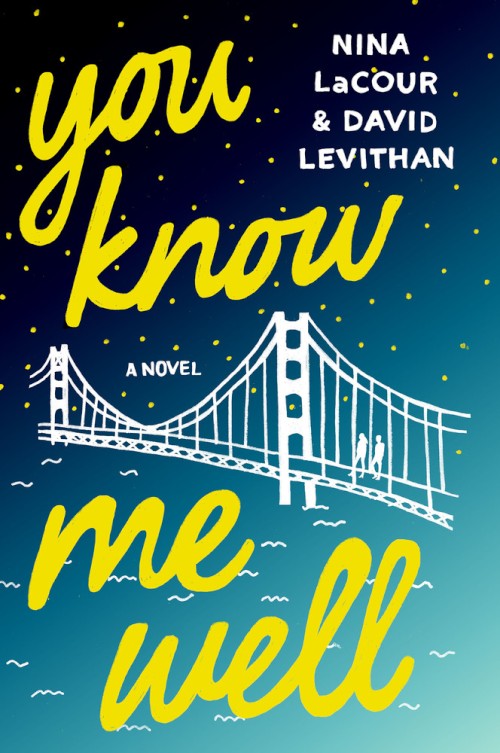 You Know Me Well

Two authors I love, each alternating chapters in one book? Sign me up. LaCour (I'll never get over how good her debut, Hold Still, is) and Levithan (editor and author extraordinaire) write about two friends dealing with relationship drama that unfolds over Pride Week in San Francisco. If this book is anything like the authors' previous endeavors, I know it'll be a great balance of honesty, authenticity, and humor. —Natasha Gilmore, associate editor, children's books 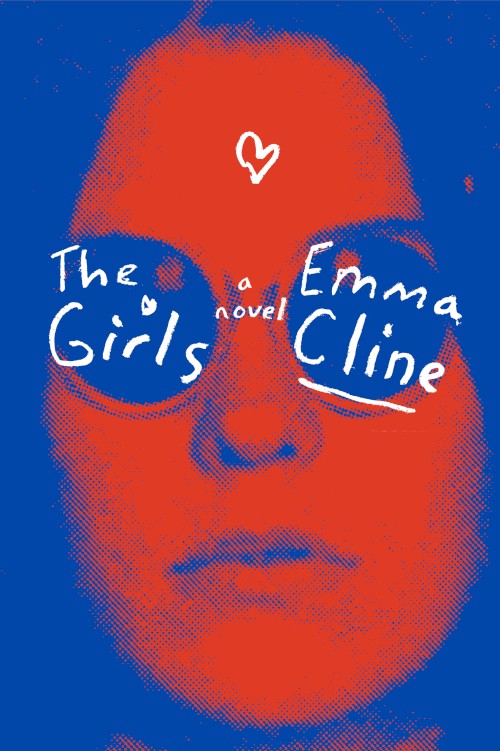 The obsession with 1960s California cults comes to horrifying and electrifying life in this debut novel. While cults usually orbit charismatic men, Cline's protagonist is teenage Evie, whose attraction to impossible-to-resist cool girls leads to her fate. This coming-of-age story about how the need to be validated can go very wrong hits that sweet spot of literary fiction that's also compulsively readable. —Anisse Gross, west coast correspondent 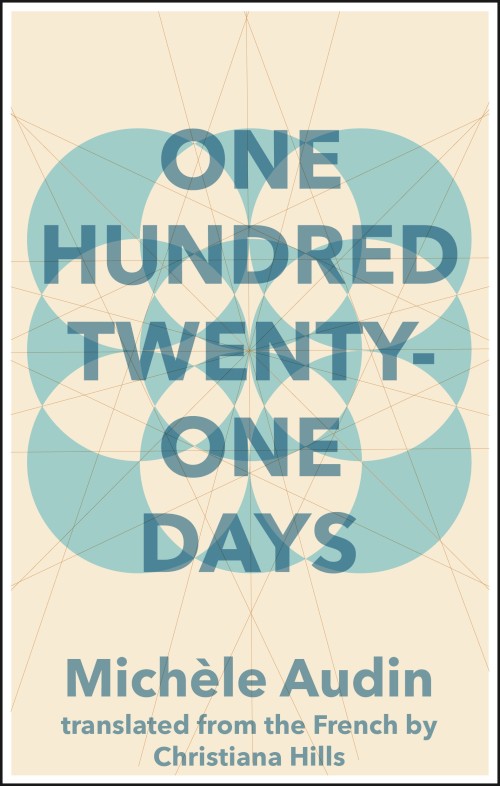 This weird little puzzle of a novel is about mathematicians in wartime, and it's only the second book published in English by a female member of the Oulipo. Audin, a French mathematician, scavenges different forms and styles (a fairy tale, a diary, newspaper clippings) to create a sort of literary mixtape. Perhaps the best comparison is Valeria Luiselli's The Story of My Teeth—like that novel, it gives you the rare, head-scratching feeling of not being able to say what exactly makes it so good. Maybe it's the precision of the details—but you wouldn't expect any less from a mathematician, would you? —Gabe Habash, deputy reviews editor